Meeting Omondi Is My Biggest Achievement In 2022,Says Akothee 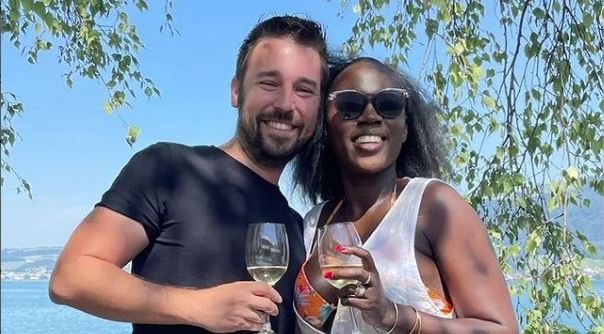 Meeting Omondi Is My Biggest Achievement In 2022,Says Akothee

Kenyan businesswoman and musician Esher Akoth a.k.a. Akothee has revealed that, as the year ends, meeting her darling Omosh is her greatest achievement.

”My biggest achievement in 2022 is meeting my better half Mr Omondi Deno” Akothee wrote on her socials.

Through her post Akothee revealed that Omosh was her ideal man noting that meeting him has fulfilled her wishes.

”I have always wanted to have a man who matches my energy, a man who will fix a bulb, that man that can tell me ,stop it honey I will do it,” she stated.

Akothee seems to be happy with Omosh who many still don’t know his name ,a card well played to avoid stockers and social media trolls.

On her post a fan hilariously told Akothee to be careful about the welfare of her ex Nelly Oaks.

Since hooking up Omosh and Akothee have made visible huge steps especially in Agri-business, a thing which ignites the musician who noted that her hubby is her right hand man in case anything goes a miss at home.

”Omosh fixed the generator that has been standing in the compound for the better part of the year .

,the solar panels were messy and we lacked hot water for a while ,also fixed

”See our pool Omosh orders chemical and cleans the pool in 20 minutes .

”Whatever Omosh will ask for I will give him , Love you KING”she stated.