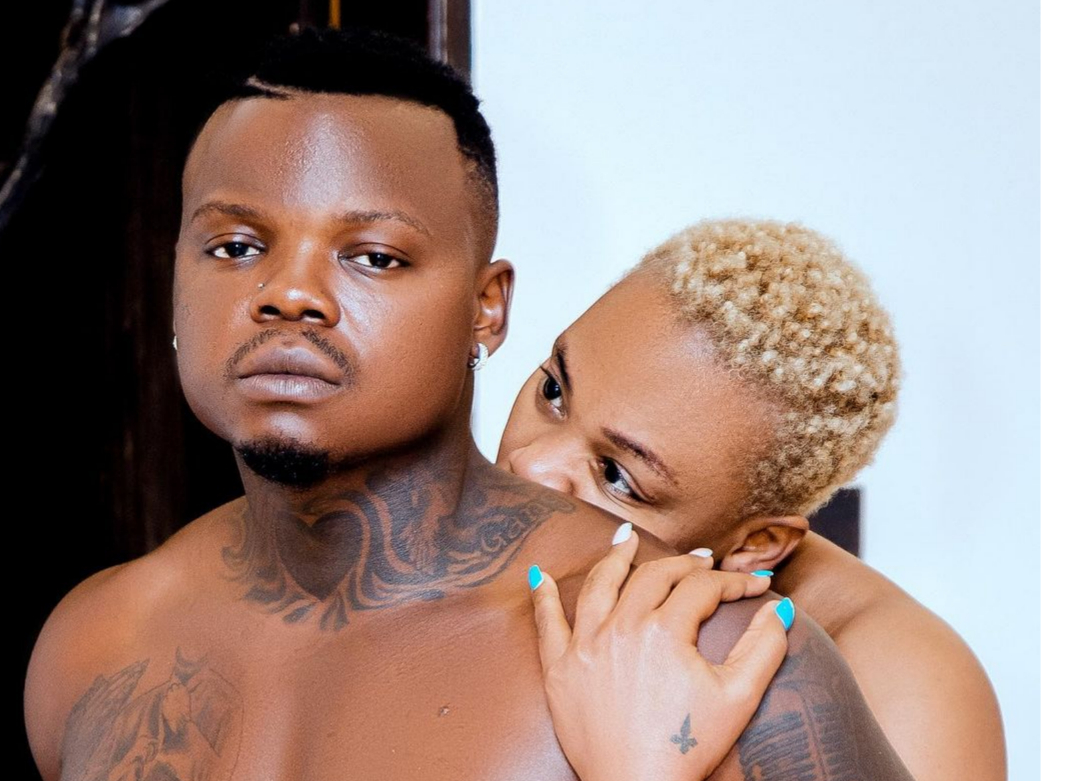 Singer Harmonize has refuted claims of cheating on actress Frida Kajala with a video vixen, identified as Say Sophie on Instagram.

In an interview with a Tanzania Podcaster, the vixen admitted to having had an affair with Harmonize behind Kajala’s back. She further said that she was better than Kajala in terms of physical appearance.

“I am hotter. You came today and found me without any make-up. I am even yet to take a bath,” she told the Vlogger.

While reacting to the interview, Harmonize said that he does not know Sophie. According to him, he had only helped her to achieve her dreams. Sophie was featured in the singer’s Amelowa music video which was released about two months ago.

“I don’t know you. Stop talking about your brother who just helped you to achieve your dreams. Respect me. You are too much now. You can’t even handle my d**k. You have never seen me after the video. That is the problem of being humble. Ukiwa unaamini vijana wenzako nao wanahaingaika uwe mpole uwanyenyekee maskini ya Mungu mwishowe wanakuona mwenzao,” the Konde gang founder stated.

Kajala ended her relationship with Harmonize earlier this month after he allegedly impregnated his side chick. The two had reunited in June this year after their dramatic breakup in April when Harmonize was accused of eyeing Kajala’s daughter.

“As a woman and human being I was created to love and forgive, but in this, I deserve to be laughed at, carried, and looked down on. I’m not here to defend or show sympathy it’s true I made mistakes and I’ve realized my mistakes, I’m not perfect. I sure do miss my family, siblings, and friends. Making a mistake is not a mistake, a mistake is repeating a mistake. I forgive my X and I’m ready for the next,” the mother of one said.