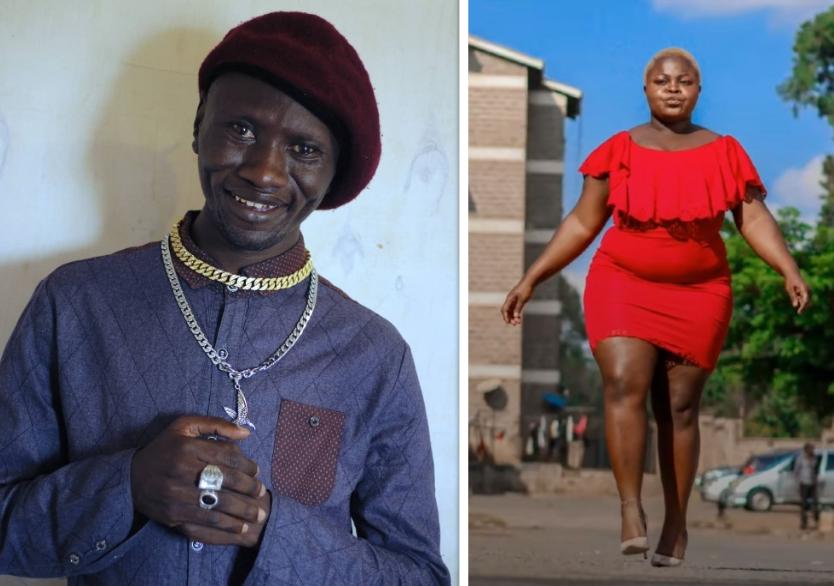 Stivo Simple Boy has condemned his ex-girlfriend Purity Vishenwa alias Pritty Vishy after she recorded herself locking lips with a female friend.

Vishy caused a stir online a few days ago when she shared a video of herself kissing Tik Toker Becky Akinyi.

Stivo also got a chance to watch the viral video and even talked about the incident in his latest release wacha usherati.

Pritty hit back at him claiming that he had not moved on because he was still focusing on her life.

In an interview with Mungai Eve, Stivo however denied Pritty’s allegation adding that he was married.

“I am taken. I have someone in my house. I don’t follow up on her that much, but I wish her well. I have my own things to handle. Whatever was in the past remains in the past. I have already found one who loves me and I love her,” the rapper said.

Stivo also noted that the Bible is against what Pritty and Akinyi did in the video. According to him God punished Sodom and Gomorrah because of such acts.

“I didn’t know that she can act like that. She should relax first and will find someone who will love her. Earlier we saw her with people like Madini(musician). I wished them well in their love. I didn’t think Pritty can come to the extent of kissing another girl in front of her fans. I don’t know if she was chasing clout. She should do good. If it is deliverance she should get delivered. I can help I have no ill intentions. I am saved,” Stivo said.