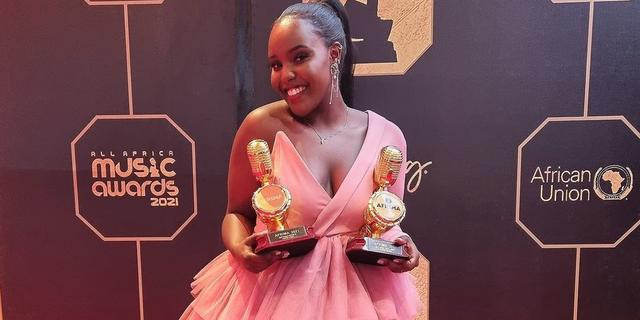 Kenyan song Bird Nikita Kering has left her fans wondering about her stand following her recent post that had a rainbow emoji.

Her followers were seeking to know what she meant with the rainbow emoji on her tweet.

Occasionally the rainbow emoji is used by the LGBTQ community as a sign of identity and pride.

In regards to these line she received a lot of criticism from fans who faulted the idea of using the rainbow on her tweet.

A twitter user identified as @calebki82637534  wanted to know whether she was paid to use the emoji ”Did they pay to do this? Please remember you’re a role model to many young girls hoping to venture their talents too, they want to follow your steps n this is what you give? OK lemme don’t judge but please don’t do somethings against your culture to impress some people”

Normally a rainbow symbolizes a new dawn tracing bark to Noah’s time, it used as symbol of happiness.