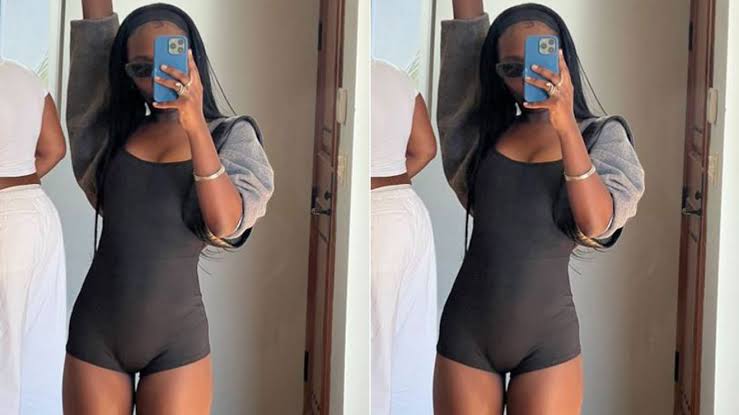 15-time Chess Champion and Kenyan comedian Elsa Majimbo has been in the country secretly for days.

The Hollywood star had today met Chipukeezy a Kenyan comedian who was elated after meeting her saying that Majimbo had plans for the girlchild in Kenya.

While giving a small snippet of their encounter, Chipukeezy said that he was impressed by her work.

Well, it looks like the L.A based Kenyan Hollywood star may be adding charity work in her portfolio.

“Earlier today had a sit down With the Kenyan Hollywood star, I’m wowed by the noble plans she has for The girl child in this great nation 🇰🇪 and Africa at large certainly great things ahead,” he said.

Elsa praised Chipukeezy saying, “A good foundation with a good man,” adding a black heart emoji. She also commented on his post saying, “You are phenomenal! ♥️”

However, many of Chipukeezy followers were amused at the choice of the dress -worn by Majimbo with others telling her to dress properly despite her noble course

puritymsoh: What is she wearing? Anywho let the girl come back home, some ugali managu will do her good.

groomed_by_muthoni_ :Jesus. The hate in this comments🙌 you do you girl.

The hate they give:

In a past interview with Forbes, Elsa Majimbo had explained her complicated relationship with Kenyans.

She had vowed not to return to Nairobi unless it’s to see her family.

The comedian relocated to America after she was cyber bullied when her comic skits of her went viral during the Covid-19 pandemic.

“I have a very complicated relationship with Nairobi. When things started going on well for me there was a lot of backlash to me and there were a lot of colorist things said towards me and surprisingly its people from Kenya who were doing that and they were bullying me on the internet,” she told Forbes.

Is history repeating itself? Are Kenyans rehashing the past with Majimbo?

What is your thought on her dress code during her meetup with renowned comedian Chipukeezy?