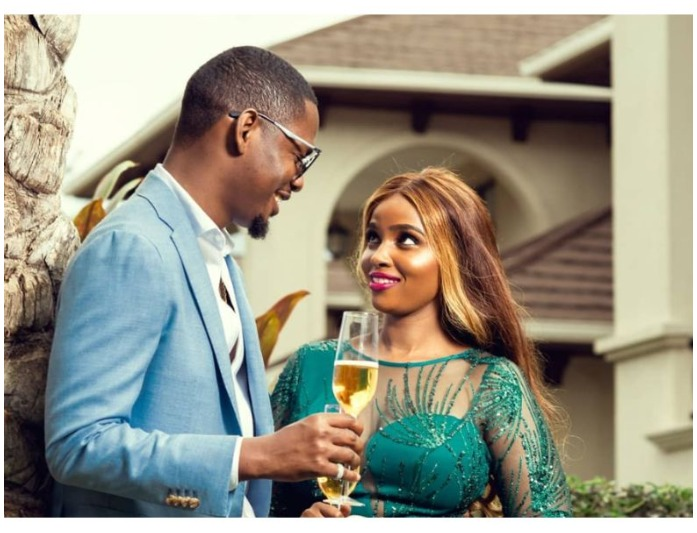 Speaking during an interview with Tanzanian journalist Millard Ayo Ben Pol disclosed his feelings about marriage basing from his experience with Anerlisa.

Ben Pol revealed that his marriage with the Business woman was mainly for optical nourishment on social media , adding that he envy other marriages.

Anerlisa however did not appreciate Ben Pol’s statements decrying of always being tainted bad by the Tanzanian artist especially during interviews.

She further noted that her silence has been mistaken by Ben Pol.

”Ben naona umenizoea and you have taken my silence for weakness , you always had the right to tell the interviewer not to ask about me , why are you always making me look bad, yet under cover you send me different messages from what you talk?” She hit back.

She further threatened to expose messages from Ben Pol, who seemingly is still not over her despite them parting ways.

Kama kweli kweli wewe ni mwanaume, I dare you to screenshot what you have been sending me since 25th December to 4th January 2023, ” She stated.

Extending her fury but upholding her morals Anerlisa noted that she has a lot to say but her morals and sanity are way more important.

”I have a lot to say about /show you but I choose to be a lady.”