President Ruto To Go For Four Terms! How About That?

Home - News - Politics - President Ruto To Go For Four Terms! How About That? 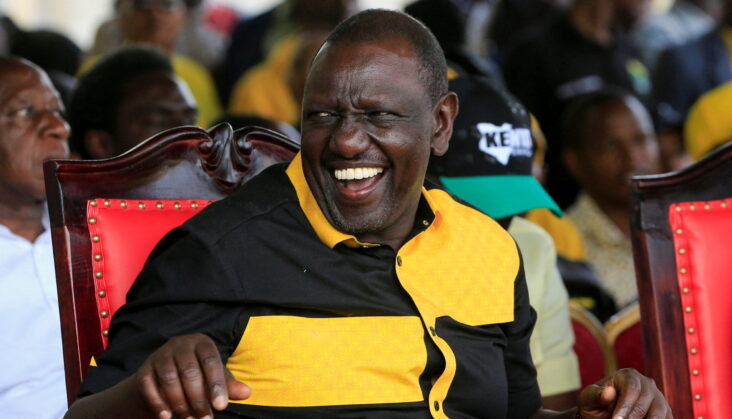 President Ruto To Go For Four Terms! How About That?

UDA lawmakers have revealed plans to scrap the Presidential term limit replacing it with the age limit of 75 years giving Dr William Ruto, the sitting President, the leeway to seek re-election for four terms.

During a relief food distribution in Garissa, Fafi MP Salah Yakub said some UDA lawmakers are working on a constitutional amendment Bill to replace the two-term limit with an age limit of 75 years

“We want to tell all Kenyans that the limit on two terms should be relooked. We want it changed to an age limit where when one gets to 75 years, he or she can not contest. We will come up with an amendment Bill to try and change this because we want the requirement to be on an age limit and not terms. If a president is doing a good job then he or she should not be limited by terms,” he added

If UDA lawmakers succeed with their plan, President William Ruto who is only 55 years old, would be eligible to contest in the 2027, 2032, and 2037 elections. This will however automatically block the Opposition leader Hon. Raila Amollo Odinga who is already 77 years and Kalonzo Musyoka who will be 79 by the time President Ruto will have done his two terms.

“Kenya Kwanza is talking about many things, but once their mind settles, they will realize that they have work to do and stop all these monkey businesses they have been taking the country through in the last two months,” Junet stated.

“When people show you their true colours, believe them. We shall resist the plans to remove term limits. Believe it or not, these dangerous plans will make Ruto a one-term president. Any attempt to change the Constitution to make Ruto president for life will fail miserably,” Activist Boniface Mwangi stated while advocating against the plans.