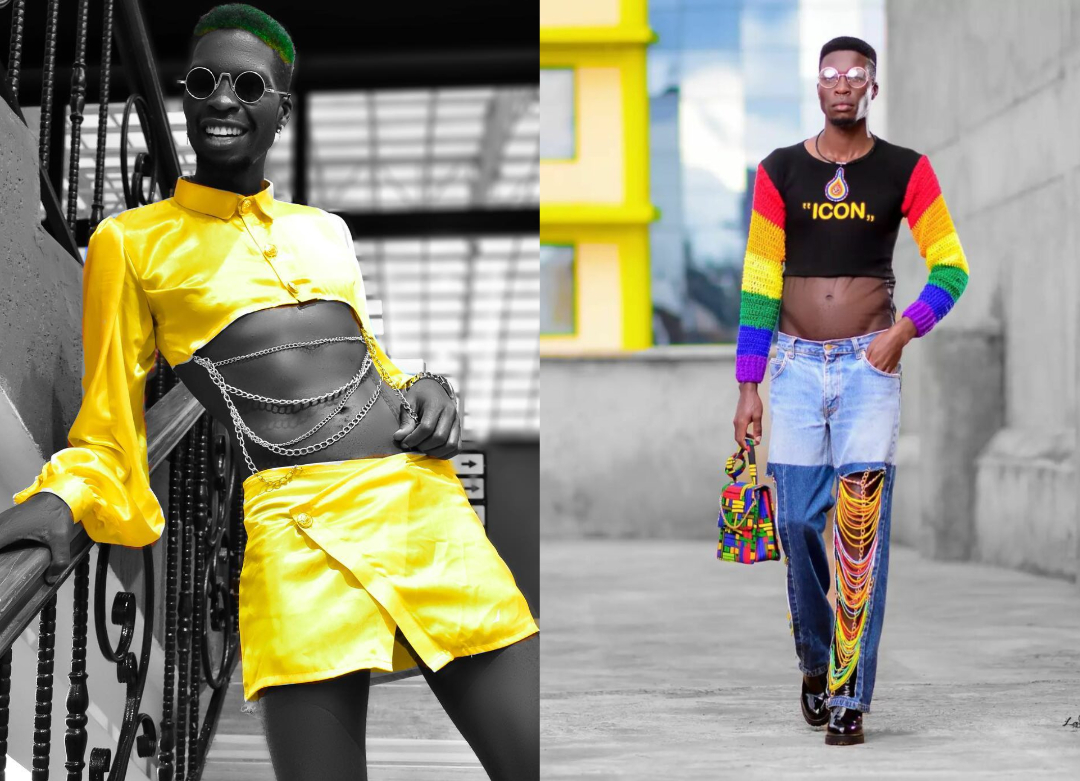 Popular LGBTQ activist, model and fashion designer Edwin Chiloba was brutally murdered and his body stashed in a metal box by unknown assailants.

The body of the Eldoret-based activist was dumped along Kipenyo-Katinga Road in Uasin Gishu County on Wednesday. According to witnesses, the metal box was dropped by a vehicle which lacked registration numbers.

The question is why was he killed?

A video believed to be Chiloba’s last moment has however emerged online.

The video is said to have been recorded during the New Year’s eve( December 31). In the short clip, Chiloba and his friends are seen dancing and singing along Sauti sol’s song live and die in Africa. He was wearing a red trouser and a black jacket with silvery strips. Chiloba was in the same clothes when his body was found.

The model’s death comes just months after he was attacked and injured by people who are said to be against the LGBTQ community.

In early July, Chiloba took to Instagram and shared photos of the injuries he suffered but later deleted them.

He was not afraid to come out as gay and would walk in the streets of Eldoret dressed like a woman. Chiloba also showed the world who he is on social media. His last Instagram post was on December 29.

Several Kenyans as well as members of the queer community have condemned Chiloba’s murder and are calling upon the police to ensure that justice is served.

“I am so sorry. My heart weeps for you. May your killers never know peace. Rest in peace,” Kate Actress said.

“Intolerance behind the brutal killing of LGBTQ activist Edwin Chiloba must be called out. His senseless killers stuffed his body in a metal box in Kapseret. While the motive is unclear, I hope DCI will unravel the perpetrators,” a netizen said.

“No matter your beliefs on sexuality, you have no right to kill or violate to the societal norm of sexuality. I highly condemn the killing of Edwin Chiloba. We should stop this targeted killings,” another stated.