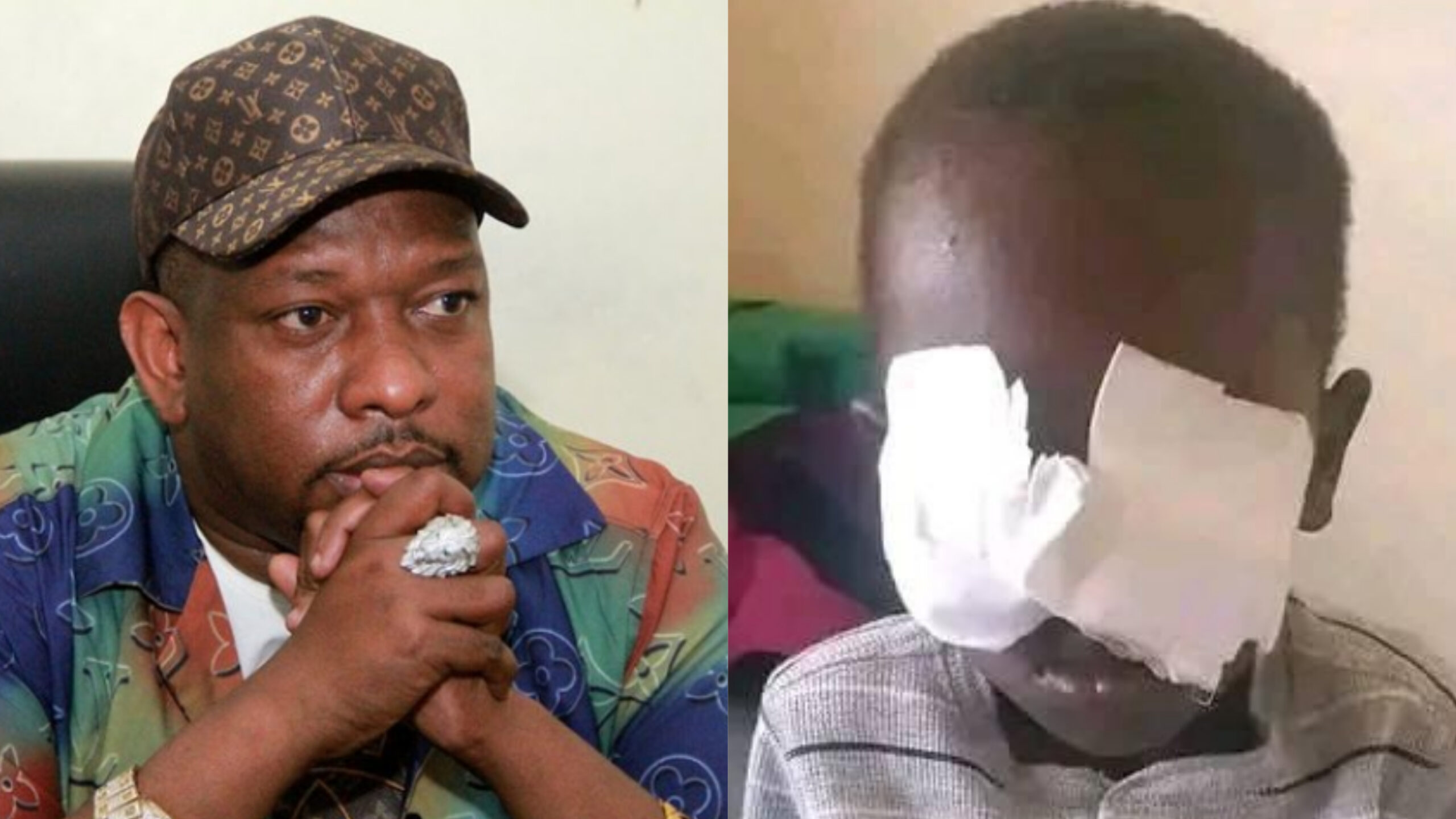 Former Nairobi governor Mike Sonko now claims that he has been blocked from  supporting Baby Sagini, 3, and his 7-year old sister Shantel.

Taking to social media ,Sonko revealed that some ‘dirty minded’ politicians have decided politicize the matter noting that he will continue helping the siblings by all means.

He is crying foul for being forced to send the minors Christmas gifts through a good Samaritan because he could not access them..

“Merry Christmas to Baby Sagini and his 7yrs old sis Shantel. Despite my efforts to help, I have not had access to them due to bad politics being played around by some dirty minded politicians who think I’m in this case for PR and political mileage purposes but that won’t stop me from pursuing the matter”

”I’m sending their small Christmas gifts through a good Samaritan who is also helping on the ground, Esnahs Nyaramba,” the politician shared on Twitter.

Sonko further decried that Baby Sagini missed important appointments with an eye specialist thus delaying efforts to have him ferried to China where he is supposed to undergo an eye implant surgery..

“Last week Baby Sagini missed two important appointments with Dr. Kishor at the Westlands laser eye hospital because we wanted the baby’s review report to be emailed to China so that we can start the process of flying him there for an implant of artificial eyes. Politicizing the issue and denying me access to him and his sister will not stop me from helping,” he said.

Baby Sagini lost his eyes several days ago in what has been linked to a land succession tussle. His 28-year old cousin, aunt and grandmother are believed to be behind the incident.

In her statement, Sagini’s grandmother however said that the other two suspects wanted to harm the child to prevent him from inheriting an ancestral piece of land.