SDA Pastor Breaks Silence After Kicking Out Bridesmaids From Wedding 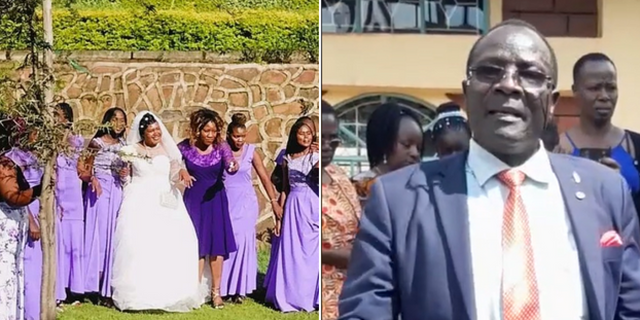 SDA Pastor Breaks Silence After Kicking Out Bridesmaids From Wedding

SDA pastor who went viral recently for “kicking out” non-SDA bridesmaids from a wedding in Nyamira County has finally shared his side of the story.

The pastor, identified as Jared Omwoyo, said that he was forced to take the step because the maids were giving the matron a hard time thus delaying the wedding. The wedding, which took place on December 30, 2022, was supposed to kick off at 11 am and by 3pm nothing was going on.

According to him, the maids had a bad character, were indecently dressed and that they had lied to him about their faith. He said that only two of the six maids were SDA members which is against the church’s principles. The groomsmen were also not spared.

“The matron asked me to intervene as she said that she was having a hard time with the bridesmaids and that things were not okay.

She said that it would take them too long to finish the ceremony. Some of the men had rasta hairstyles, the ladies were not well dressed and they had applied lipstick, makeup, and had their earrings,” he said.

The man of God called the bridal team for a meeting and instead of them adhering to SDA church principles they turned rebellious.

He however noted that he only stopped them from accompanying the couple that was to wed.

Omwoyo said that he did not chase them from the church as it had been widely reported. He faulted the person who recorded the viral video for focusing the camera on him instead of showing how “indecent” the bridesmaids were.

“Again I did not chase them away from the church, I only stopped them from participating in marching in the wedding,” Pastor Omwoyo said.

He further said that such an incident has never occurred in weddings that he had officiated in the past. He is yet to look for the newly weds and explain to them what transpired on the fateful day.

The family of the couple were however angered by the pastor’s actions which ruined the wedding mood.