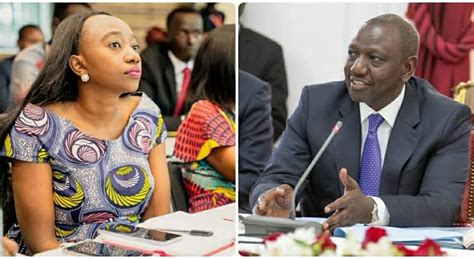 came under sharp criticism on December 13, 2022 when she introduced her delegation to Tanzania as members of staff at the Office of the First Daughter.

“These are kids. They are just being children,” he added.

“You know very well that there is no office called Office of the First Daughter,” the president told NTV’s James Smart, who asked him the question about the said-office.

“This is a girl who is being a child, you know? She has this space, and maybe her colleagues are pushing her… telling her ‘maybe we could do this’, but you know, she is… she is okay,” said the president amid mild laughter.

“She is just being the daughter of William Ruto, and sometimes she doesn’t know when to separate between me being the President of Kenya, and me being her father,” said Ruto.