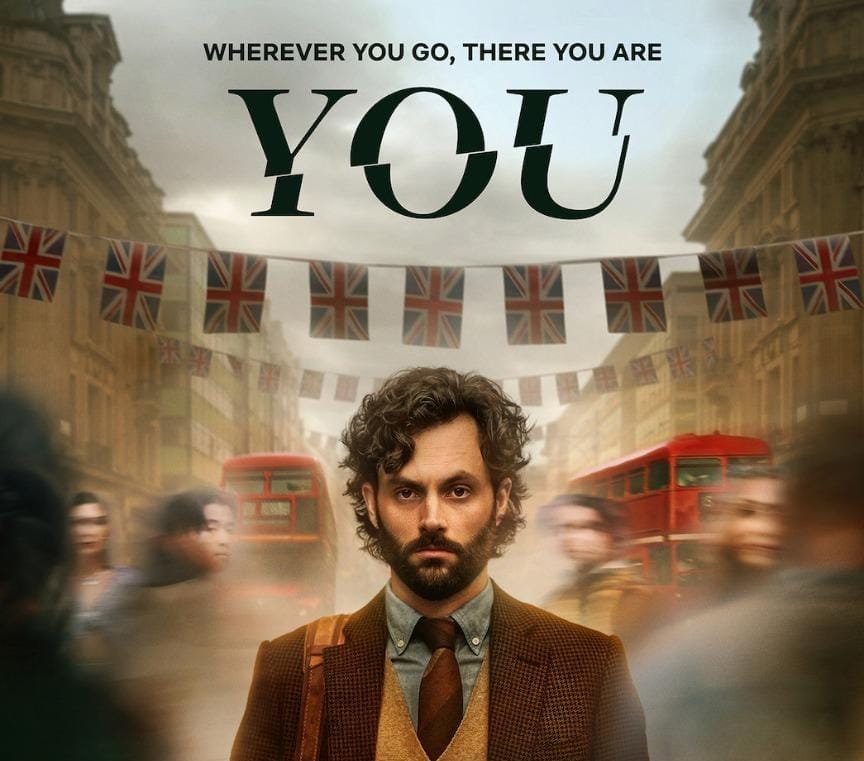 It looks like the notorious stalker Joe Goldberg is finally getting a taste of his own medicine. Joe Goldberg is in for a rude shock for sure ,a new stalker for him is all we needed… Predator turns prey kind tale. Oh how table have turned!

Are we worried? Do we have a problem?

We definitely have a different show at hand, I just hope it’s stickier, messy and a step ahead as before, everyone loves a good serial stalker if not killer smarter than the one before him.

In this next chapter of the most sought series, Joe is attempting to flee his dark and greasy past and moving to London and assuming the identity of Professor Jonathan Moore.

And even though he followed his love interest Maryanne to Europe, he already has a new unhealthy obsession. Typical of him, why was I thinking he’d leave his toxic behaviors behind?

Joe is surprised to find he enjoys teaching, despite being surrounded by egocentric socialites. But when members of London’s wealthy elite start dropping like flies, Joe discovers there may be another murderer in his midst.

While Tati Gabrielle returns to reprise her role as Maryanne, season 4 is introducing quite a number of new faces to the world of ‘You’

‘You’  season 4part 1 will be on Netflix as from February 9th with part 2 coming later in March.

Do you think that Joe will ever be able to leave his blood -stained past behind or do old habits die harder? Are you excited about the new stalker possibly serial killer?