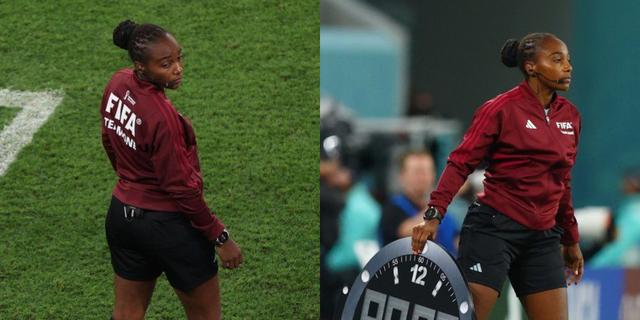 Rwandese referee Salima Mukasanga made her maiden debut in the men’s international competition when she was named the fourth official in the Tuesday November 22 World Cup competition match between defending Champions France and Australia at Al Janoub stadium in Qatar.

She is among the three female officials selected to oversee the 22nd edition of the World Cup by the governing body FIFA with Japanese Yamashita Yoshimi and French Stephanie Frappart also making it on the 36 Whistler list.

The 34-year-old spent time officiating local league games for men and women up to 2012 when she was listed as an official referee.

In 2018 she was promoted to officiate in the Men’s premier league in Rwanda.

Her next task after the Qatar showdown will be in New Zealand and Australia where the 2023 Women’s world cup will be staged.