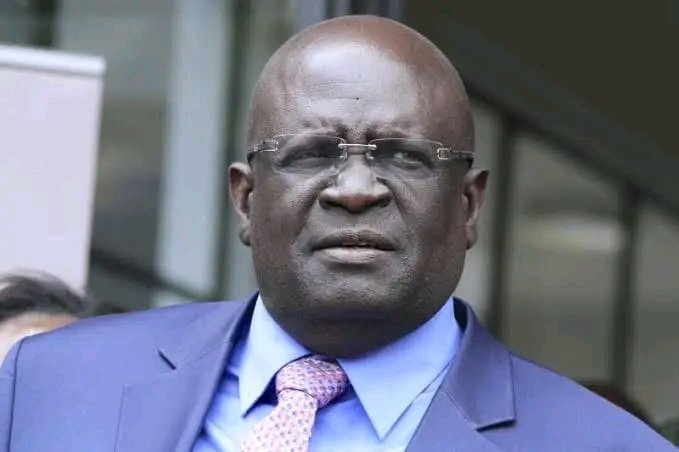 The late former Education Cabinet Secretary George Magoha, who passed away on Tuesday from cardiac arrest revealed on Thursday, April 14th that he was part of a ruthless gang operating in Eastlands, Nairobi County.

Speaking in Nairobi, Magoha noted that he was the deputy commander of Siweke -a gang of teenagers that had been reigning terror in Kayole Estate and its environs.

He recounted how he was at the forefront of the group’s operations, which he recalled were violent for the most part. “It is true that I grew up in Eastlands, and I was one of the tough guys there. “I was the deputy commander of a juvenile gang called Sicheki, and we used to have skirmishes with other groups at Ololoo and Makongeni,” he stated.

The no-nonsense CS stated that while he enjoyed the privileges of being part of the gang, a television program gave him a wake-up call that changed his life – a performance by the Starehe Boys Centre music band.

“One day, I saw the Starehe Boys band play on television. I liked the bright blue and red colours and I told myself that I wanted to join that school because of that band,”

Driven by his passion for music, he took up lessons, specializing in the bass guitar. Magoha joined a band that was founded by legendary musician Ochieng’ Kabasselleh that played rhumba music in the Luo dialect.

He wa lucky and got identified by former Starehe Boys Director Geoffrey Griffin, who offered him a slot at the school. The national school not only nurtured his career but also inculcated a culture of discipline in him.

“It is true that I played the bass guitar, which I started from outside Starehe, but when I got there, the institution instilled discipline in me. That discipline is why I am what I am today, because all the band members, including Kabeselleh himself, died a long time ago,” he stated.

The CS urged people to look at him as living proof of how education changed his life. He was among President Uhuru Kenyatta’s best-performing cabinet secretaries and will be remembered for instituting reforms in the Ministry of Education. Magoha became a champion for education and continued to push for the less fortunate students to get an opportunity to go to school.

While announcing the results of the 2021 KCPE Form One selection, he insisted that scholarships be given to needy students.

“The NG-CDF should be a little bit more regimental in the manner in which they give scholarships. Don’t give scholarships to children with 400 marks whose fathers are the Magoha’s of this world, you would have wasted the money. Look for where there is the greatest need. Look for those children who would not have otherwise gone to a boarding school and are moderate in their passing so that they also go to the university,” he stated.