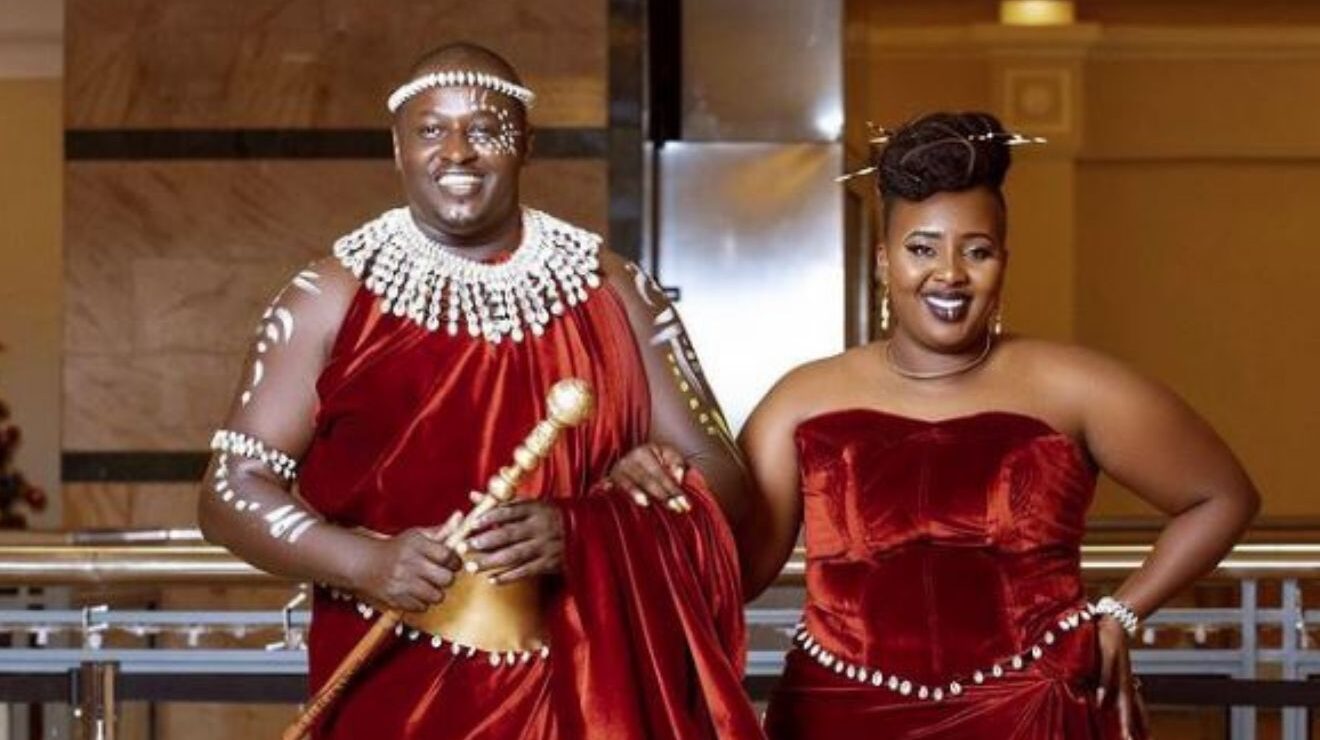 Terence Creative is attributing his significant growth in the showbiz industry to his Wife Milly Chebby’s tough nature.

Well, many men would not like a situation where as they say ”kukaliwa” with their better halves is the order of the day.

These is however, different to Terence as he says that all the praise he is receiving should be channeled to his wife.

Taking to his socials Terence penned a short message to his wife accompanied by pictures of them outside a resort in Naivasha.

His fans on Facebook could not hold back their oy as they showered the couple with praises asking God to bless them come 2023.

Terence made a huge storm in into the Showbiz space last year after he was featured on Zora, a local drama series in Kenya.

This was his helm as he got influencer gigs with Odi bet ,Naivas Supermarket adverts and Jumia among others.

Terence joins a number of men who attribute their success to their wife just as the saying goes, behind every successful man their is a woman.