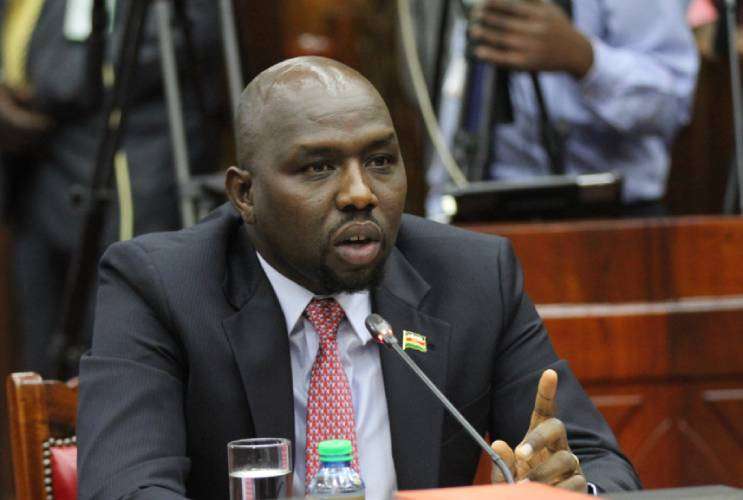 Transport and Roads Cabinet Secretary Kipchumba Murkomen has assured Kenyans of this Ministry’s commitment to bring back port operations to Mombasa.

Murkomen speaking during an interview at a local Tv station commended KPA officials who were fighting against the transfer of the operations from Mombasa, calling upon them to continue with the spirit till the Mombasa port is revived.

“I am really lucky with this situation of the port that we have Kenyans who are patriotic. The board of management plus the management itself resisted the takeover of the city container terminal and they documented it in a lot of documents and I am very happy that they are still there and are now working with us to see how we will reverse the situation,” he stated.

“So many people at the management of KPA did a fantastic job to resist including Kenya Railways board. So I have the benefit of having a trail of information that is well documented by patriots who are able to show us that, this is where we are, we were waiting for the government to come to the office so that we can correct this mess that is in place,” he added.

President William Ruto gave orders that would see port operations returned to Mombasa during his inauguration Ceremony saying that the move will restore thousands of jobs to the people of Mombasa County.