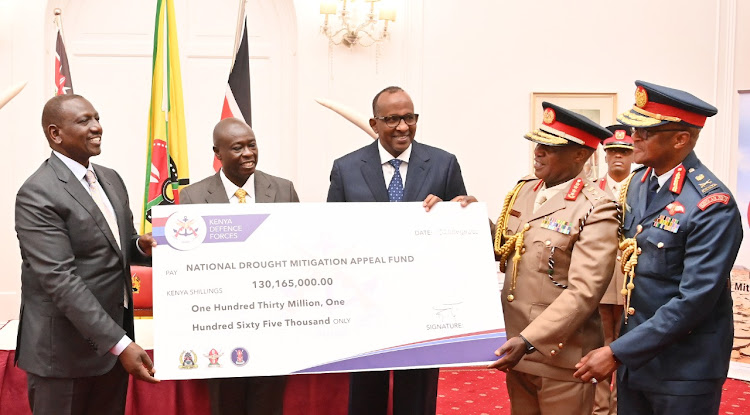 Just a few weeks after the government announced that it is welcoming donations geared towards helping drought-stricken areas President William Ruto on Friday announced that he had received over Sh542.2 Million.

Early this morning at State House President Ruto received cheques from various financial institutions to support the 23 counties that have been affected by drought.

The president expressed his gratitude to Kenyans for their response towards Deputy President Rigathi Gachagua’s plea to Kenyans of goodwill to donate funds towards alienating drought-stricken families across 23 counties.

Any willing Kenyan can still donate funds via Pay Bill 880990 with the sender’s name as the account number or via National Drought Mitigation Appeal Fund, Kenya Commercial Bank, Riverside Branch, ACC. NO. 1305486137.