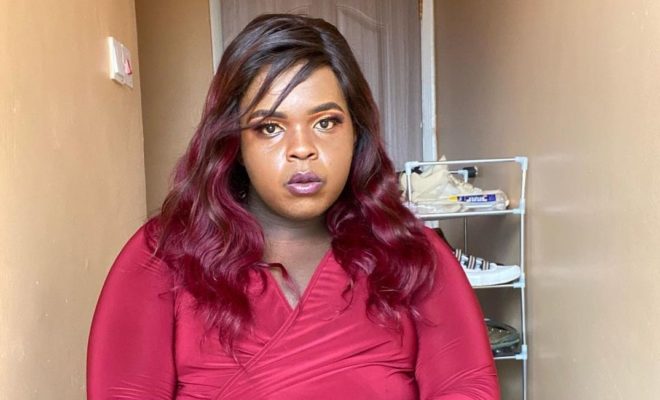 Content creator and Tiktoker Kelvin Kinuthia has maintained that there is nothing going on between him and businessman Jamal Marlow, who is Amber Ray and Amira’s ex-husband.

Netizens suspected that the two might be dating after Kinuthia shared a screenshot of their chats. Kinuthia said he had woken up to the sweet message from the businessman yet it had been send late at night. Some even accused him of hiding their previous chats and wanted to know what they have been discussing.

“I distance myself from social media from around 11.30pm. So I didn’t see the message on that night. I saw it the following day. When I saw it, I decided to screenshot it and share just to show appreciation. I wrote bro and people started bashing me for putting him in bro-zone yet he had approached me nicely. Others said that there were previous message and there was nothing like brotherhood,” Kinuthia told YouTuber Commentator.

According to him, their conversations have been focusing on businesses and advice and nothing about what people have bee suspecting.

“I just wanted to appreciate him for the specific message that why I only shared part of our chats. Furthermore, there is nothing bad that we have been talking with Jamal. He has been advising me businesswise and asking each other questions. We have been discussing few things here and there. I don’t know what people want with the lives of others especially when you are single and you are commonly seen with a particular person,” the content creator said.

“She was DMed by a friend of mine through my account. The friend wanted to know details of a certain soap she was selling. I have actually never spoken or interacted with her anywhere. We are neither friends nor enemies. There is nothing between us,” he said.