Justina Syokau To Be Wedded ON Top Of A Boat!!

Home - News - Entertainment - Justina Syokau To Be Wedded ON Top Of A Boat!! 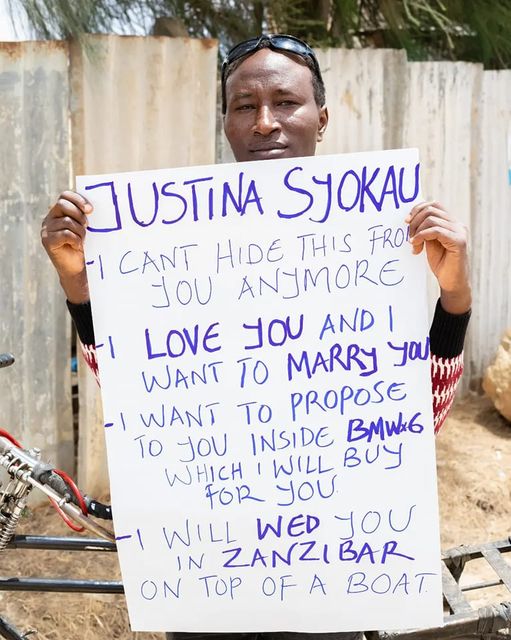 Justina Syokau To Be Wedded ON Top Of A Boat!!

Social media users have been left in awe after Justina Syokau’s new admirer promised to give a grand state-of-the-art wedding on top of a boat in Zanzibar.

The man in question ,Consumator Comedian , in a clip, proclaimed of his undying love for the ”2020 ”hitmaker making of sorts of promises to her.

Consumator Comedian, in what people term as an impossible thing promised to use his bicycle to travel all the way to Justina’s parents’ home to pass a message showing his interest in marrying their daughter.

To set the record straight, in the video that’s now wild on social media, the comedian stated that he was not clout chasing nor was he doing comedy but expressing a feeling that he had hidden for a long time.

He also went ahead to promise to propose to her in a BMW X6 that he is going to purchase for her after which they will head to Zanzibar where he will wed her on top of a boat.

Justina is also in for 9 children and a queen’s treatment should she accept his proposal however, she has been requested by her admirer not to change her figure something which she was looking forward to.