I Miss Being Pregnant- Betty Kyallo 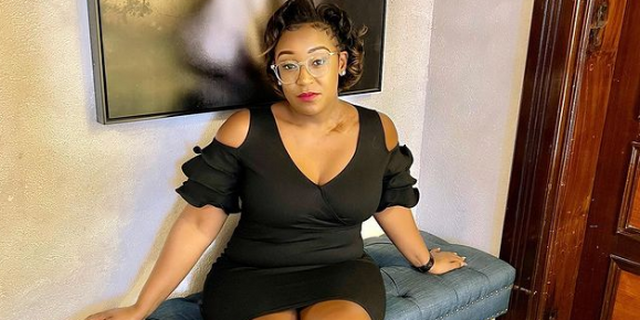 I Miss Being Pregnant- Betty Kyallo

Baby fever might just be catching up with your favorite media personality and entrepreneur Betty Kyallo.

It is 8 years since the mother of one was pregnant and on Thursday, she took to social media to reveal that she misses being expectant. She however noted that that is achievable and she only needs to take up the responsibility.

“8 years back with my little human inside my tummy. I actually miss that ka-feeling of seeing a hand stretching inside my tummy. Wee kazi kwangu,” she captioned her photo with her sister Mercy. The photo was taken while she was 6 months pregnant with her daughter Ivanna Okari whose dad is award winning journalist Dennis Okari.

Her dream of becoming a mother for another time might actually materialize because she recently revealed that she is in a relationship. Betty however vowed to keep the relationship as private as possible saying that she will not reveal who the lucky man is.

This week, the former news anchor has however been trending for all the bad reasons as unknown individuals sought to assassinate her character. Claims emerged on social that had nude photos and videos had been leaked but it only turned to be fake stories.

Her management warned those responsible for the reports that action will be taken against them.