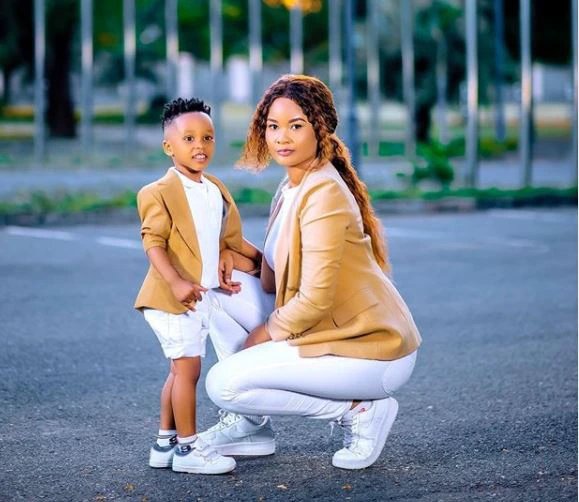 Tanzanian socialite and singer Hamisa Mobeto has called out netizens who have been questioning about who the father of of her five-year-old son, Dylan, is.

The mother of two was forced to address the paternity question when a netizen claimed that Dylan was fathered by rapper Bill Nas.

“Get out of here, were you present? How can a person that I have known for two years be my son’s father?” she angrily slammed the netizen.

The model further went to Insta stories and asked netizens to stop poking their nose in businesses that do not concern them.

“How does a grown person decide to sit down and talk about matters that don’t concern them, how do you talk about a five year old child ni kama walikuwepo wakati anapatikana. Binadamu mpooje nyinyi!!! Au mnataka nini haswa niwasaidie?” she posed.

“There is no woman who does not know the father of her child or maybe those are your characters. Leave us alone” Hamisa added.

She asked netizens to directly deal with her if she has ever wronged them and not her son.

Diamond is believed to be Dylan’s father but many have always doubted that because of the minor’s looks.