Edwin Chiloba Might Have Been Drugged Before Being Killed, Pathologits Say

Home - News - Human Interest - Edwin Chiloba Might Have Been Drugged Before Being Killed, Pathologits Say 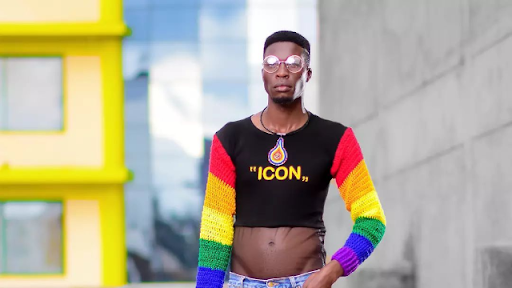 Edwin Chiloba Might Have Been Drugged Before Being Killed, Pathologits Say

An autopsy conducted on the body of the late LGBTQ+ activist and fashionista Edwin “Chiloba” Kiptoo has revealed how he met his death.

According to the government pathologist Johansen Oduor, Chiloba died after being suffocated by his murderers. The pathologist said that his mouth and nose were covered by pieces of clothes thus causing him to lack oxygen.

“Today we conducted an autopsy on the body of the late Edwin Kiptoo Kiprotich. We discovered that the late died due to suffocation which was caused after his nose and mouth were blocked. He could not breath and later died,” Oduor told Journalists at the Moi Teaching and Referral Hospital after the exercise that lasted three hours.

The chief pathologist further revealed that Chiloba did not struggle with his killers thus raising suspicions that he might have been drugged at the time of his murder. More samples have been taken to the government chemistry for further investigations.

“The first thing we discovered during autopsy was that his mouth and nose were covered with a jeans trouser. He also had socks in his mouth. We didn’t found any injuries on his body and that is why we have taken samples . The question that we are asking ourselves is if he was drugged since there is no evidence to show any resistance while he was being suffocated,” he said.

Chiloba was murdered early this year and his body stuffed in a metal box. The box was later dumped in Kapseret, Uasin Gishu county. Jackton Odhiambo, who is believed to have been his long term lover is the main suspect in the murder that has been widely condemned.