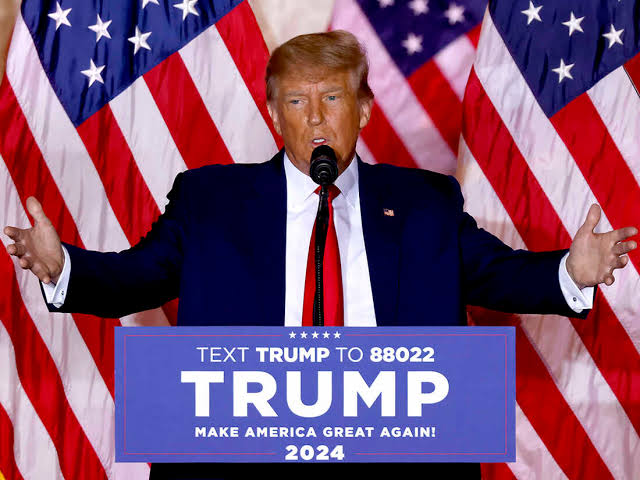 Former US president Donald Trump has announced his bid for the White House in the coming 2024 US presidential elections.

Addressing supporters at his Florida estate Mar-a-Lago, Donald Trump promised his fans a big comeback and a resounding win.

To run for president, Trump would have to win the Republican Party’s nomination – but others are expected to compete for it

Donald Trump remains popular with the Republican base although he has been blamed for the Republicans’ disappointing performance in the midterm elections, with a predicted “red wave” failing to materialize.

Midterm voters by and largely rejected candidates who backed Trump’s baseless claims of election fraud in 2020, and many of his high-profile picks for office struggled or lost outright

Political analysts are predicting that this announcement and the campaign will look more like 2016 than 2020, according to reports as Donald Trump will frame himself as an outsider, seeking to disrupt a political establishment on the left and right that views him with hostility.

In 2016, despite seemingly long odds, Mr Trump first beat his Republican rivals and then narrowly defeated Democrat Hillary Clinton, who was seeking to win a third consecutive White House term for her party.

It was an improbable achievement but one that showcased Donald Trump’s undeniable strengths as a candidate.