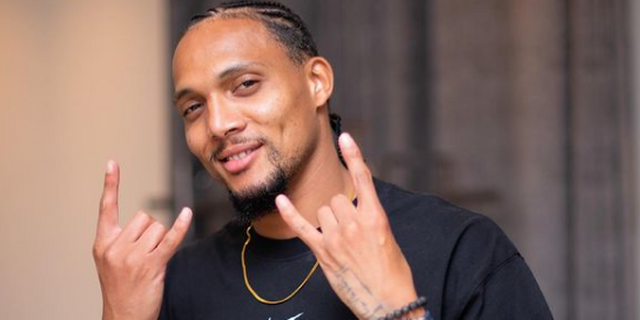 Popular Kenyan dancehall star KRG The Don has taken a swipe at Comedians that were ferried to Qatar to watch the ongoing WorldCup matches.

KRG took to social media to criticize Comedians Butita, YY and 2mbili saying that they failed Kenyans including their role model, Churchill.

“I pity our comedy industry. Mwalimu Churchill must be very sad after all the hard work and time he invested in you boys. You are letting him down. YY, Butita, Tumbili, you have let us down,” KRG said.

He added that the comedians neither acted nor were treated like the stars that they are.

According to him, the comedians stayed in filthy conditions and were forced to wear their sponsor’s branded hoodies yet it was very hot in Qatar.

“I am still trying to imagine how our comedians, the people who we had faith in, they landed big jobs with Netflix, others were doing standup comedy, that they can be bundled in a Nakumatt Carrier bag by one person and be taken to Qatar and get rented a room in a dusty area. They are loitering around like hawks looking at tall buildings and wondering the kind of people that access them,” he said

“They tried to console themselves with the comedies they were recording but things were tough. I am wondering how they can look down upon themselves just because someone has offered to pay an air ticket for them to another country and they say they are stars. They came back after two days, they are stars yet they can not sponsor themselves to watch more matches  in the foreign country,” KRG further said.