Angry Samidoh Loses His Cool With A fan 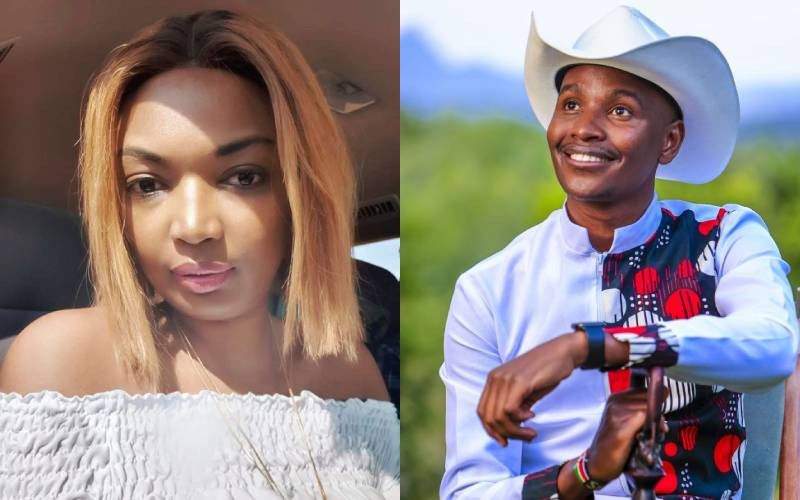 Angry Samidoh Loses His Cool With A fan

Popular Mugithi singer Samidoh lost his cool with a fan on social media , who reminded him that he had been dumped by Nyamu,one of his baby mamas.

The fans sarcastic question comes after Samidoh and his baby mamas were all talks on social media following dramtic scenes by Nyamu during Samidoh’s concert in Dubai after which Nyamu broke up wit him.

I could have called Samidoh and ended it quietly but I made it a drama. This has become a concern since I am a member of the senate….I have no regrets but I promise that’s the last time I will be involved in such a situation.”

Samidoh however, did not filter his response and blantly stated that the news does not add any value to him

He sarcastically asked how much he’d earn if he knew“Mtu akijua nalipwa aje? (so if one knows how will that pay me?” Samidoh responded.

Samidoh and his now ex baby mama Karen Nyamu have two kids together.