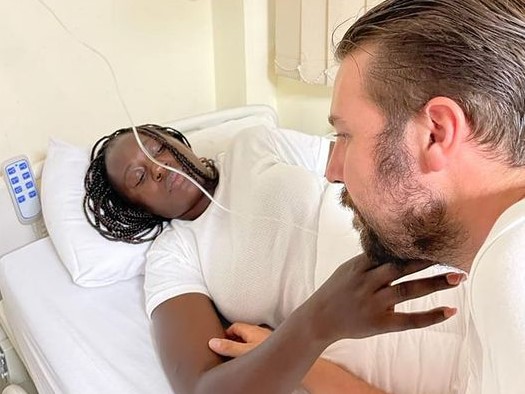 Singer and Entrepreneur Akothee has urged single mothers to settle down moments after she was rushed to hospital by her boyfriend Omondi.

The self-proclaimed president of single mothers spent the better part of Thursday in hospital after suffering from a persistent headache for five days.

“Single mothers to settle down just drag Mr Wrong to the Right. Who will take you to hospital with your Taliban nature of being Miss Independent. Omondi was terrified to take me to any hospital around here in the village.  All flights from Kisumu to Mombasa  were fully booked. We finally settled somewhere,” she wrote on her facebook page.

She however assured her fans that she was okay. Akothee said that  the headache was a result of fatigue since all tests performed on her turned out negative, adding that she would once again take a bed rest.

She further denied claims that she was admitted at the hospital. At the same time explained why she falls ill most of the time while she is in a relationship.

“I am not admitted. We came back home and  I am feeling better, thanks for your wishes. I fall sick in relationships because I fear sex. I just love to cuddle. I don’t like the difficult task of being turned around at night ugali. I like sleeping so I am the problem. Date me at your own risk, “ the mother of five said accompanied by laughing emojis.