233 Unclaimed Bodies To Be Disposed By KNH

Home - News - Health - 233 Unclaimed Bodies To Be Disposed By KNH 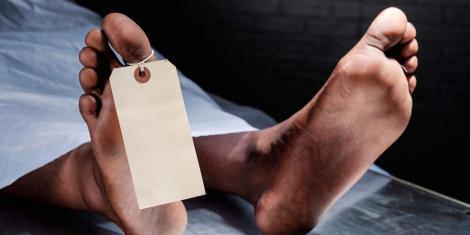 233 Unclaimed Bodies To Be Disposed By KNH

Kenyatta National Hospital CEO, Dr. Evanson Kamuri has announced that the hospital is about to get rid of 233 unclaimed bodies that have been lying in its mortuary for four months through a mass burial.

Revealing the plans Dr. Kamuri noted that the hospital, the largest referral hospital in East and Central Africa, has a very crowded morgue, and the disposing of these unclaimed bodies would create space in the congested morgue.

He has, however, released the names of the 217 bodies for children and 16 for adults on the institution’s website and also at the hospital, calling upon families to take advantage of the three weeks ultimatum ahead of the mass burial and collect the bodies of their loved ones.

The Public Health Act stipulates that any unclaimed body should be removed from a mortuary within two weeks and if not so public officers need to obtain a permit from the court to dispose of the body in a mass grave.